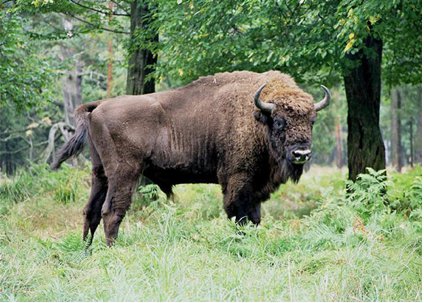 For the first time in 400 years, free roaming bison have been reintroduced to Germany.

A small group of bison has been released, in April 2013, into a 10,000 hectare forest in the Rothaar Mountains of North Rhine Westphalia.

One of the cows has since given birth to a male calf, and it is hoped the herd will grow to around 25 animals.

This release follows a long period of behavioural study, and assessment of the role of bison in the ecosystem as well as their impact on the forest itself. As a large herbivore they fill an important niche and help maintain a mosaic of different habitats – forest intermingled with shrub and grassland – that can support a more varied biodiversity.

Plans were recently proposed by the Rewilding Europe programme to reintroduce bison into the Southern Carpathians.