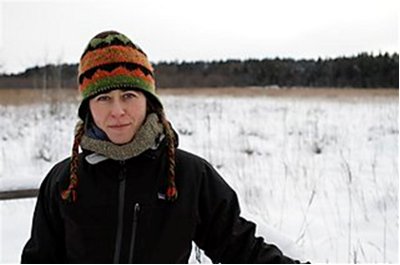 When plans were drafted in 1996 for a motorway linking Warsaw with Helsinki, the so-called ‘Via Baltica’, the proposed route threatened the wild Rospuda River Valley in North Eastern Poland.

With its extensive network of peat bogs and undisturbed forests, Rospuda is home to a rich biodiversity of species including wolf, bear, lynx, beaver, eagle and orchids.

Notwithstanding its classification as a Natura 2000 site, the route would not only devastate Rospuda, but also despoil three other key Natura sites: Augustow and Knyszyn Primeval Forests along with the internationally acclaimed Biebrza Marshes.

Malgorzata Gorska, an activist with the Polish Society for Protection of Birds, set to work collecting data to develop a case against the motorway route, forming a coalition of conservation NGOs, organizing legal representation and galvanizing public support.

When this failed to halt the motorway plans, she took her case to the Petitions Committee of the European Parliament, arranging a visit for MEPs and scientific advisors to the Rospuda Valley and convincing them of the need to change the route.

The European Court of Justice subsequently called for a halt to further construction under European law, whilst back in Poland the courts found the route to be in violation of national law.

In March 2009 the Polish government to its credit agreed to a change of route, preserving all four sites.

A landmark victory for wild areas

This decision not only represents a landmark in Polish environmental history – virtually the first time protection of a wild area has taken precedence over an important economic objective – but also provides an invaluable model for other groups across Europe on how planning, orchestration of collective support and careful targeting of pressure it is possible to win sensible compromise against even the most powerful vested interests.