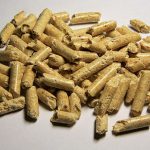 A letter sent on 25th September by 194 leading environmental scientists to the Estonian EC Presidency and key members of the European Parliament expresses ‘concern and dismay’ at the recent vote in the European Parliament on EU climate legislation for forests. This involves the LULUCF (land use, land use change and forestry) Regulation and the sustainability criteria of biomass in the Renewable Energy Directive.

The letter argues against promotion of increased harvest levels to substitute fossil-derived fuels and products with wood and bioenergy without accounting for their full climate impacts.

Such an approach, says the letter, risks having adverse effects on climate, biodiversity and resilient ecosystems by emitting more greenhouse gases and causing additional habitat loss – with particular focus on the fate of old growth forest: already under pressure from rising timber prices and illegal logging.

Accumulating evidence, argue the scientists, suggests that the proposed strategy risks being counterproductive.

This letter is sent in the wake of two reports: