How wilderness contributes to the Green Infrastructure programme

The importance of wilderness and wild areas to a fully functioning ecosystem has been consistently promoted by Wild Europe. 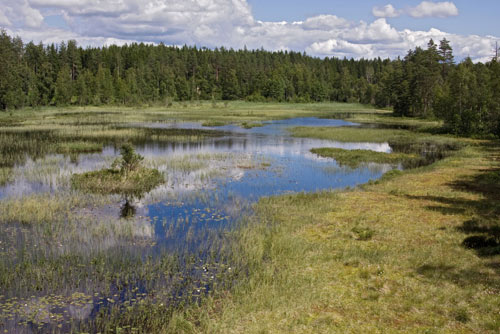 The EU’s Green Infrastructure programme under the former 2010 Biodiversity Strategy sought to establish priorities for restoration, in particular as related to Target 2 which focused on reinstatement of 15% of degraded ecosystems in Europe by 2020.

This target has been widely missed, and establishing a large scale restoration strategy forms a key objective in the 2020-2030 Biodiversity Strategy.

“There is much the EC can do to enhance the already substantial contribution of wilderness to its Green Infrastructure programme – and it isn’t just about paying the bill. Facilitating new and innovative funding opportunities from ecosystem services and other sources is an equally important role”, said Toby Aykroyd, Wild Europe director.

“The Green Infrastructure programme should also promote a strong protection agenda, focusing for example on inclusion of wilderness – particularly all remaining old growth forest – in forest management plans. It’s far cheaper to keep an existing ecosystem intact than to restore a degraded one.”

The benefits of wilderness and wild areas have a substantial role to play in supporting the objectives of the Green Infrastructure programme.

It is widely known that wilderness and wild areas harbour key species that gain most from remoter, less disturbed locations. Such areas provide a crucible for ongoing evolution and a base point for assessing the health of natural processes generally. They support more resilient natural ecosystems and larger gene pools, aiding species adaptation and migration in response to climate change.

Less well recognized are their socio-economic benefits, which can enable restoration, and expansion of existing areas, as well as creation of new areas and connectivity corridors between them.

Undisturbed, unmanaged forests and wetlands have significantly higher carbon sequestration capacity than their more managed counterparts. Business-based initiatives by Wild Europe partners to gain carbon funding for conservation from wetland restoration are already proving successful, and the initiative will shortly be extended to forests. 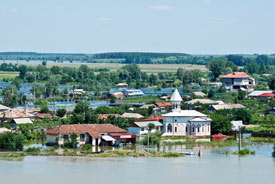 The same arguments can apply to other ecosystem services, including flood mitigation (through watershed or lowland sink locations), improved water-table retention and pollution alleviation.  Restoration of large natural ecosystem areas in upland watersheds and lowland sinks can help mitigate flooding which currently causes millions of euros of damage to downstream buildings, infrastructure and agricultural production.

The substantial size of these wilderness areas, together with the effectiveness of their natural processes (eg carbon or water storage) enables them to deliver ecosystem service benefits on a significant scale likely to attract a wide and sustainable range of funding from private as well as public sources: including corporations, public utilities, insurance and local authorities not traditionally supportive of conservation. This opportunity applies as much to restoration as to protection projects: for example the overall reduction in carbon dioxide from net emissions from land used for (often marginal) agriculture to net storage by subsequently restored natural habitats can create a considerable impact on climate change – and raise funding in the process.

The EC role here could be as much about facilitating the potential from ecosystem services as providing policy or funding support. For example, to encourage carbon sequestration initiatives, it could:

Nature tourism, recreation and many forms of special event are well suited to large natural areas, bringing important income and employment to communities and landholders in remoter regions where alternative livelihoods are least in evidence. A range of reforms are needed, however, to ensure such enterprises are based on sound business practice – which need not compromise the integrity of wilderness principles. Much can be learned from best practice being adopted, for example, in the PANParks network and by the recently established Rewilding Europe initiative. The large scale of the wilderness areas involved enables such activities to occur without compromising important biodiversity goals.

Equally the psychological attributes of wilderness can facilitate a range of relevant remedial therapies that address urban social issues. Wilderness and wild areas are increasingly used for emerging initiatives involving healthcare, youth development, youth at risk and conflict reconciliation. One such venture uses wilderness experience as a key element in forging bonds between former adversaries in the Northern Ireland conflict; there are moves to replicate this in the Balkans.

Although so far involving relatively small numbers, these sort of initiatives have important and quantifiable societal benefits and can be developed as models for wider application. These benefits are as relevant for the N2000 network as for Green Infrastructure programmes. They enable engagement with the rural development programme by supporting business enterprise and bringing funding, and their relation to urban social issues can help the conservation sector to gain attention in the mainstream political arena with a profile that it has not adequately achieved through more traditional advocacy approaches.

EC support for the role of wilderness in Green Infrastructure

There are many ways in which the EC can support wilderness restoration and protection through the EU Biodiversity Strategy and other mechanisms, eg:

Wild Europe strategy for wilderness: a driver for Green Infrastructure

Wild Europe’s strategy for wilderness dovetails in well with five key aspects highlighted by the European Commission during its preliminary consultation:

Development of guidance for non-intervention management, currently underway through the EC, will enable adoption of appropriate standards for wilderness in the field – enhancing its contribution to ecosystem services provision and biodiversity.

With its emphasis on economics and business specialists working fully in tandem with conservationists, Wild Europe believes it is vital to achieve linkage between sectors, paralleled by linkage among the EC Directorate Generals (DGs) – Environment, Clima, Agriculture, Transport and Energy in particular.

We are promoting multi-sector alliances to support CAP reform, particularly relating to marginal agriculture and land abandonment. The aim is to create large new natural habitat – wilderness – areas that can link to the rural development agenda as well as supporting the objectives of the EU Biodiversity Strategy.

3. A coherent approach to spatial planning

This is a vital element, with wilderness and wild areas being planned as part of a broader context that enables improved productivity in commercial forestry and agricultural areas and links with urban recreational, hydrological, environmental and social requirements

The zonation approach [see Definitions] enables flexible and practical integration with these multiple spatial interests, as well as supporting the connectivity agenda.

As emphasised above, Wild Europe is focusing on identifying new as well as traditional funding sources, through the private sector (philanthropy, corporate, recreation and tourism) and public institutions (education, healthcare, probationary services) in addition to more traditional NGO, agency, governmental and EC provision. We are also assessing a range of capital input and fiscal funding opportunities.

Our agenda is as much about promoting appropriate policy as actual sourcing: eg facilitating linkages between biodiversity, ecosystem services and relevant funding flows. It is important to work closely with the TEEB 3 programme, promoting a cost-benefit valuation approach to project work.

This figures highly in our initiative, not least through broad-based partnership of international conservation NGOs. The CBD ecosystem linkage objectives are central in our strategy, with objectives from Nagoya in 2010 and Rio+12 later this year being a key emphasis.

There are also growing connections to other international fora – eg the 2009 World Wilderness Congress which produced the 11/09 Merida Declaration on ecosystems and climate change, the Convention on Migratory Species, the RAMSAR convention and UNESCO’s EuroMAB. There has, above all, been strong endorsement from the international conservation community.

If we in Europe are seen to protect and restore large wilderness and wild areas of undisturbed natural habitat and process, and do so moreover for economic and social as well as conservation motives, that sends powerful signals to less developed countries still determining the fate of their much larger and more pristine natural areas of habitat and wildlife.