Discussion on implementation of the Strategy is currently under way. Wild Europe is one of five conservation NGOs participating in the EC Working Group on Forests and Natura 2000, providing input to this process. It will be replaced by the 2020 – 2030 version, for which Wild Europe is providing a range of inputs.

The EU Biodiversity Strategy published in 2011, which the 2020 version replaces, has been an important step forward for wilderness and wild areas across Europe. 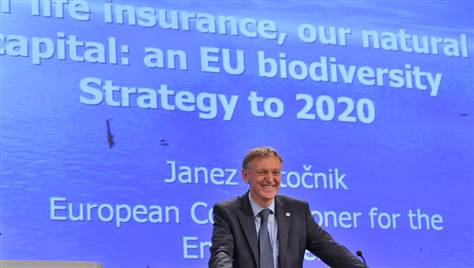 Wilderness was specifically included, for the first time – and furthermore directly in the context of forest protection (Target 3B Action 12). With old growth forest still being lost on a daily basis, this has been the most urgent requirement on our agenda.

Such inclusion would help with promotion of the Wilderness Register and of non intervention management approaches – both important elements in a protection strategy supported by Wild Europe.

There was an ambitious aim of restoring 15% of degraded ecosystems by 2020 (Target 2). This reflected the Nagoya declaration. It also related to the CBD’s 3rd Global Biodiversity Outlook report in 2010 which identified 200,000 sq kms of marginal and abandoned land in Europe where large scale ‘re-wilding’ (their term) with reinstatement of natural processes, habitats and species could significantly boost global conservation objectives.

There was, as expected, key focus on the economic benefits of biodiversity and in particular the role of ecosystem services in addressing climate change. This offered a further opportunity to prove and extend the remit for wilderness as an important element in EU European conservation strategy.

There were also many other elements in the EU Biodiversity Strategy through which the wilderness cause could be advanced, including issues such as connectivity, genetic diversity and resilience to invasive species.

This applied equally to wilderness and wild areas in EU and non EU states in Europe, with opportunities to support the latter through direct funding, neighbourhood agreements and trade policy.

With only 17% of the habitats and species and 11% of ecosystems theoretically protected under EC law actually identified as being in favourable condition, there is much that the wilderness cause can offer to European conservation.

Wild Europe finalized development of its Wilderness Strategy and, within this, its proposals for Restoration Strategy and CAP reform – linked closely to support for the main objectives of the EU Strategy and its twin pillars of Natura 2000 and green infrastructure.