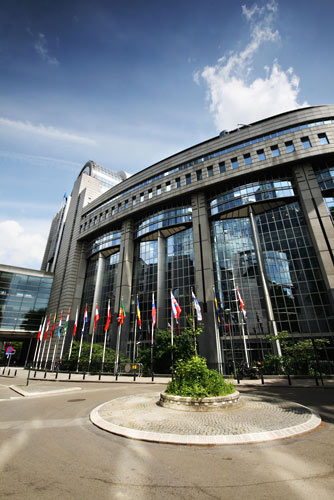 Wilderness in the political arena

Almost exactly three years after the EU Resolution in 2009 calling for improved support for wilderness passed by 538 votes to 19, a policy forum ’Protecting Wilderness in Europe’ was organized by PAN Parks and Wild Europe in the EU Parliament on 31st January 2012.

Presentations were opened by Pavel Poc, MEP (Czech Republic) who hosted the proceedings. He cited the vote in 2009, and suggested that the time was ripe for the profile of wilderness to be raised further.

Stefan Leiner, Head of Natura 2000 Unit (EC DG Environment), then outlined how the wilderness agenda was played an important role in Natura 2000. He confirmed that “wilderness is an essential mainstream element of the European Biodiversity Strategy.”

Toby Aykroyd of Wild Europe Initiative stressed the need to establish targets for wilderness in Europe. A figure of 4-5% of land area was an ambitious but achievable goal. It could be gained by further reinstatement of near-wilderness together with ‘rewilding’ of marginal and abandoned farmland and forestry.

He echoed the information in Stefan Leiner’s presentation that some 2.3% of the EU land area, lying within the N2000 network, is already protected for its wilderness attrributes.

Zoltan Kun, director of PANParks, introduced their Million Project which aims to protect one million hectares of true wilderness across Europe. He also unveiled a new study on the contribution of wilderness to payment for ecosystem services titled ’The Economics of Wilderness’.

Michael Zika, of WWF Austria, drew attention to key initiatives: the work of Rewildling Europe and momentum in Romania for preserving old growth forest; this had been spurred in late 2011 from a petition that now had over 100,000 signatures.

Participants including representatives of the European Commission, NGOs and scientific organizations took part in discussions on key themes: