The WILD10 Congress held in Salamanca from 4-10th October 2013 was a resounding success.

Themed around Making the World a Wilder Place, this latest Congress in the longest-running series of such events in the world of conservation involved over 1,000 delegates from more than 65 countries. 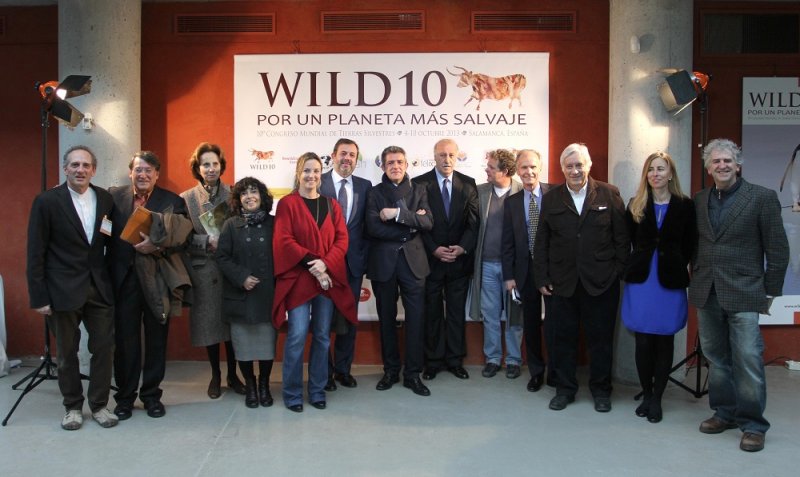 Some of the WILD10 team with official supporters. Vance Martin, Congress coordinator, President of WILD Foundation and Chair of IUCN Wilderness Task Force, is fourth from right.

Wilderness and wild area initiatives from around the globe were highlighted – art, culture and youth engagement as well as demonstrations of economic, social and environmental impact.

The Congress produced a number of key outcomes and resolutions, encapsulated in the Statement from Salamanca.

Wild Europe presentation at WILD 10 (October 2014, Salamanca, Spain): European Wilderness, Where From, Where Now, Where To?